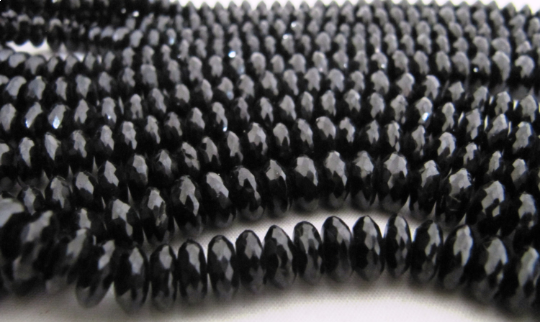 Diamond is the birthstone of the month of April. Every woman is fond of these sparkling natural stone beads. But, many of you are not familiar about the history and origin and other fascinating facts about diamond beads. Let’s learn about the things that probably nobody told you about your favourite gems. Aren’t you excited?

Let’s travel a sparkling journey together. One secret, one fact at a time. Let’s get started!

From where did the word ‘diamond’ origin?

Diamonds are popularly known as a woman’s best friend. The term ‘diamond’ is extracted from ‘adamas’ which is a Greek word. Adamas holds a deeper meaning, ‘indomitable and invincible.’ Does not it sound like an apt name for your favourite stone?

Do you know about the strange beliefs of Greeks?

According to Greek mythology, diamonds are considered as the tears shredded by the Gods. Interestingly, Romans believed diamonds to be shards from the sparkling stars.

In the Dark ages, diamonds were known for its healing properties. They were used to cure different types of ailments such as fatigue and mental health.

The practice of wearing a diamond engagement ring in the left hand’s finger emerged in the City of Pyramids, Egypt. Egyptians had a belief that this finger was directly linked to one’s heart.

When was the first diamond presented as an engagement ring?

It happened somewhere in 1477 BC when Archduke Maximilian fell for the beauty and charm of Mary of Burgundy and presented her a gold ring with a diamond embellishment.

It did not take much later to discover the procedure of faceting of diamond. It was in the 16th century that the jewellery designers started using this shining gem into their jewellery pieces.

Turning back the pages of history:

Do you know that formation of diamonds take place about 100 miles below the surface of the Earth. Thinking how do they reach us? It is because of volcanic eruptions. Due to such activities, diamond swirl, move towards Earth’s surface.

Ever wondered what diamonds are made up of? You’ll be amazed to know that diamonds are composed of merely a single element, mostly carbon. By the virtue of excessive heat and Earth pressure below the ground, the different atoms of carbon come together to form beautiful and precious crystalline form of diamonds .

Tell us in the comment section below how many of these facts you already knew about these diammond beads?

Hope, you found this article useful. For any suggestion or query, feel free to connect with us