What are Labradorite Beads 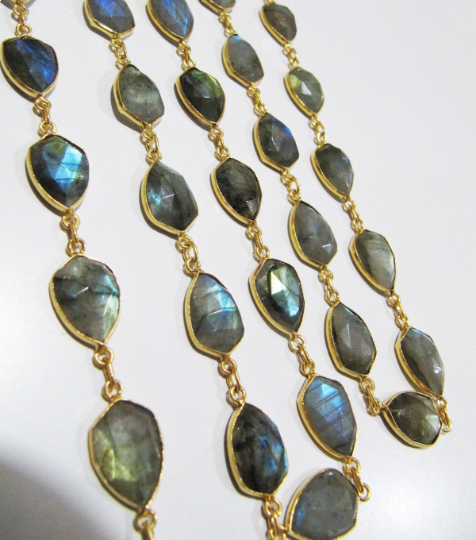 Labradorite—the dark gray stone that opens into a marvelous array of peacock blue, gold, green, and red as it refracts light is said to be a divine stone of magic, opening pathways into the inner self to assist in divination, healing, and transformation.

Inuit lore says Labradorite finds its origins in the fire of the Aurora Borealis. It’s as easy to see, as the ethereal color spectrum dancing in the night sky reflects in the colors of the crystal. It is said in ancient times the Northern Lights were entombed in the rocks. When an Inuit warrior found it, he tried to release it with his spear. Alas; he was unable to free all the lights, and that is the labradorescence we see today in Labradorite crystals.

Labradorite, discovered in 1770 by Moravian missionaries on the Isle of Paul in Labrador, Canada, is a recent addition to the semi-precious gemstone world.

Also known as Spectrolite, Labradorite is a feldspar mineral. Labradorite can display an iridescent optical effect known as labradorescence. It has a Mohs hardness of about six and is sourced from several deposit locations around the world, including Labrador, Canada. Labradorite’s crystal system is triclinic.

The Labradorite Bead was used extensively in the 1800s in European jewelry for bracelets, brooches, necklaces, and pins.